Unhealthy relationships can start early and last a lifetime. Teens often think some behaviors like teasing and name calling are a normal part of a relationship. However these behaviors can become abusive and develop into more serious forms of violence. 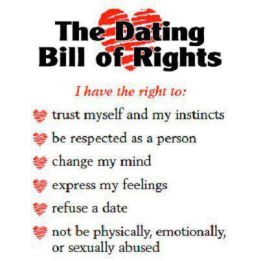 What is dating violence?

Teen dating violence is defined as the physical, sexual, psychological, or emotional violence within a dating relationship, including stalking. It can occur in person or electronically and might occur between a current or former dating partner. Several different words are used to describe teen dating violence. Below are just a few.

Dating violence is widespread with serious long-term and short-term effects. Many teens do not report it because they are afraid to tell friends and family. A 2011 CDC nationwide survey found that 23% of females and 14% of males who ever experienced rape, physical violence, or stalking by an intimate partner, first experienced some form of partner violence between 11 and 17 years of age.   A 2013 survey found approximately 10% of high school students reported physical victimization and 10% reported sexual victimization from a dating partner in the 12 months before they were surveyed.

What are the consequences of dating violence?

As teens develop emotionally, they are heavily influenced by experiences in their relationships. Healthy relationship behaviors can have a positive effect on a teen’s emotional development. Unhealthy, abusive, or violent relationships can have severe consequences and short- and long-term negative effects on a developing teen. Youth who experience dating violence are more likely to experience the following:

Additionally, youth who are victims of dating violence in high school are at higher risk for victimization during college.

Why does dating violence happen?

Communicating with your partner, managing uncomfortable emotions like anger and jealousy, and treating others with respect are a few ways to keep relationships healthy and nonviolent. Teens receive messages about how to behave in relationships from peers, adults in their lives, and the media. All too often these examples suggest that violence in a relationship is normal, but violence is never acceptable. There are reasons why violence occurs.

Violence is related to certain risk factors. Risks of having unhealthy relationships increase for teens who —

Dating violence can be prevented when teens, families, organizations, and communities work together to implement effective prevention strategies.

For more information about TDV visit the following webpages:

For more information about Bullying and Cyberbullying visit the following webpages:

For more information about a SECRET FINANCIAL ESCAPE PLAN: