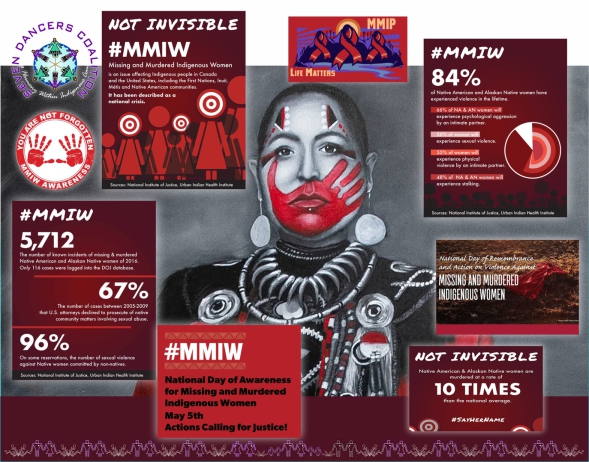 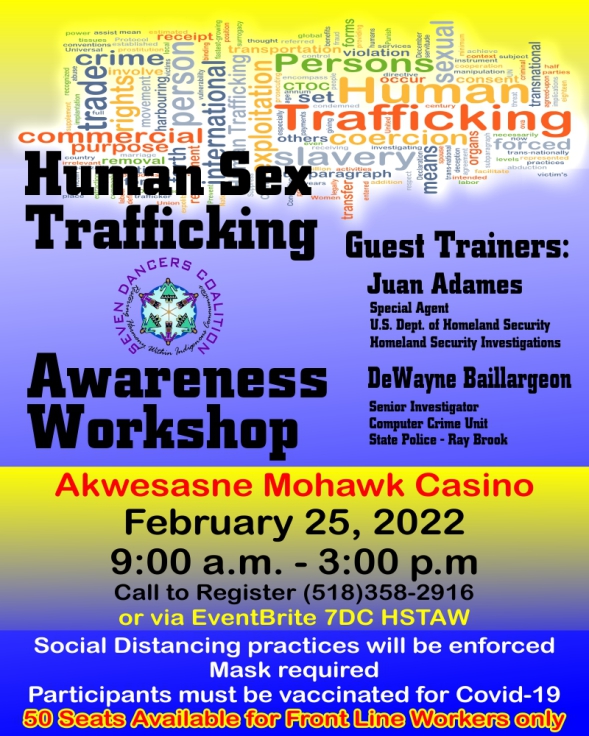 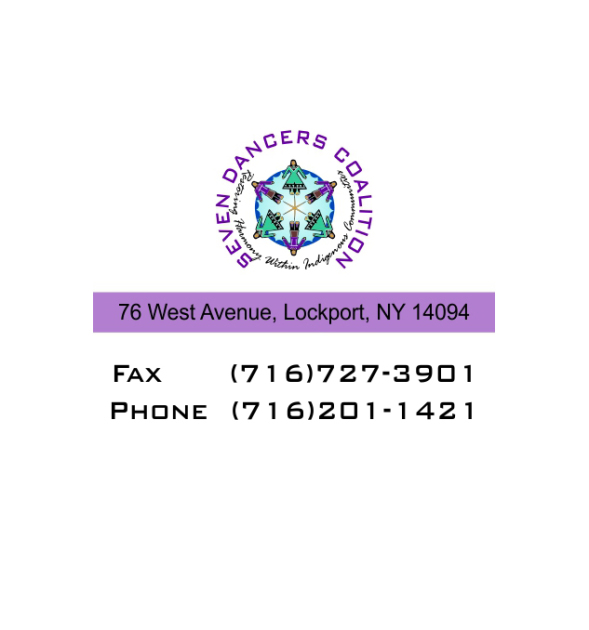 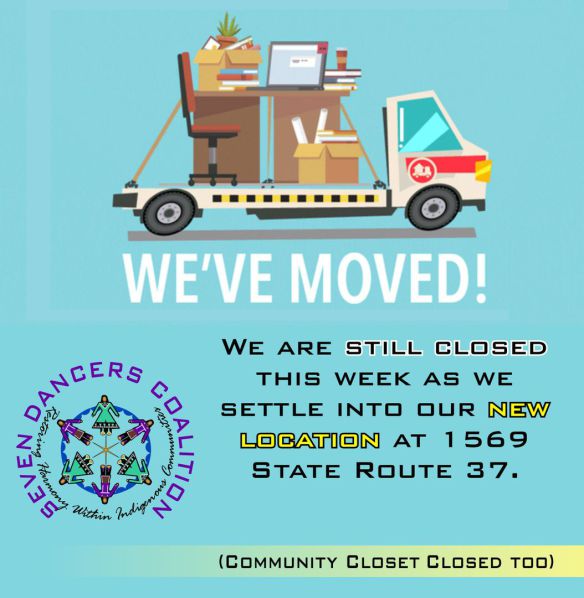 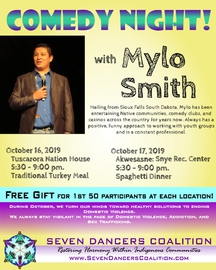 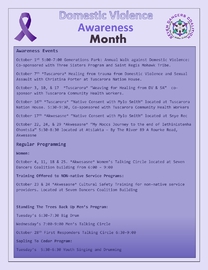 September 2019: Jonel and Pray were invited to the Pokagon Band of Potawatomi Indians to speak on the significance of culture and how to use traditional teachings as a means to address intergenerational trauma for youth! They received lots of greetings and great feedback and would like to extend a heartfelt thank you to all the good work they are doing to create a better future for the families and coming generations of their people.

PRESS RELEASE: The NIWRC Stands With Standing Rock To Ensure Safety For Native Women And Children

February 21, 2017
Contact: Princella RedCorn
press@niwrc.org
The National Indigenous Women’s Resource Center Stands with Standing Rock to Ensure Safety for Native Women and Children
Over 118 Tribal Nations and organizations join the NIWRC in urging the Federal District Court to declare the Army Corps’ early termination of the EIS process and grant of an easement to Dakota Access unlawful
(Lame Deer, MT) The National Indigenous Women’s Resource Center (NIWRC) urged the U.S. District Court for the District of Columbia to rule in favor of the Standing Rock Sioux Tribe’s (Standing Rock) motion for partial summary judgment. The NIWRC is joined by 118 additional organizations and Tribal Nations that share NIWRC’s commitment to ending domestic violence, rape, sexual assault, and other forms of violence in the United States.
The NIWRC submitted comments on the Environmental Impact Statement (EIS) on January 26, 2017, eight days after the Corps initiated the EIS comment period on January 18, 2017, and thirteen days before the Corps terminated the EIS process on February 8, 2017. In its submitted Comments, NIWRC provided the Army Corps with its views on:
the unconsidered risks that would result from the Army Corps granting the easement without adequately considering the public interest implications of the proposed pipeline. Specifically, the Army Corps must consider the increased levels of violence Native women and children in the Bakken region will face if the pipeline is permitted to cross the Missouri River at Lake Oahe and commence operations.
“The Army Corps’ abrupt termination of the EIS process, coupled with the simultaneous granting of the easement requested by the Dakota Access Pipeline, threatens to drastically increase the number of domestic violence and sexual assault crimes committed against Native women and children living in the Bakken region of North Dakota,” states Lucy Simpson, Executive Director of the NIWRC.
“We are already in crisis,” states Carmen O’Leary, NIWRC Board Member and Executive Director of the Native Women’s Society of the Great Plains. “Since 2005, when the Bakken oil boom first began, rates of violence, sexual assault, and sex trafficking against our Native women and children in North Dakota have skyrocketed. The Army Corps of Engineers must consider these impacts before green-lighting the pipeline.”
Today, North Dakota produces more oil for export than any other State. From 2005 to 2009 alone, the Bakken oil boom brought in 100,000 new workers to work temporary jobs in the oil field. To house the sudden and drastic increase in population, corporations create “man camps”—where male workers often work 12-hour days, are socially isolated for weeks or months at a time, and live in trailer parks that extend for miles. Most of the workers are not violent men, but numerous “man camps” in the Bakken have become centers for drugs, violence, and sex trafficking of Native women and girls.
As the United States Department of Justice Office on Violence against Women (DOJ OVW) noted in its 2014 report to Congress, the “[r]apid development for oil production in the Bakken region has brought a massive influx of itinerant workers and a sharp increase in crime and law enforcement issues, including sex and human trafficking.”
“With the majority of oil extraction taking place on or near tribal lands, the recent spike in violence in the Bakken has fallen disproportionately on our Native women and children,” explains Leanne Guy, NIWRC Board Member. “Throughout the United States, Native women suffer the highest rates of violence in the country—but in the Bakken, the rates are even higher.”
Dakota Access’s stated goal is to increase capacity for the transportation of up to 570,000 barrels per day (“bpd”) of oil from the Bakken to Illinois. Thus, if federally permitted and put into operation at capacity, the Dakota Access pipeline could increase oil extraction in the Bakken by as much as 60%.
“Federal, tribal, and state officials have all recognized the connection between a rapid increase in oil extraction and a simultaneous increase in violence, sexual assault, and sex trafficking in the Bakken. The Army Corps must take this into consideration,” states Wendy Schlater, NIWRC Board Member.
“The Army Corps’ own memoranda and documentation repeatedly recognize that the agency is required to consider the ‘public interest’ before permitting and authorizing a pipeline like Dakota Access,” states Mary Kathryn Nagle, partner at Pipestem Law and counsel for the NIWRC and 118 additional Amici. “The Corps’ own regulations define ‘public interest’ to include the ‘safety’ and ‘welfare of the people’ in the communities nearby, and nothing in their February memoranda justifying the decision to suddenly dissolve the EIS process gives any indication that the Army Corps even considered the safety or welfare of the Native women and children living on lands near the proposed pipeline.”
“The federal government, including the Army Corps of Engineers, maintains trust duties and obligations to Tribal Nations,” states Sarah Deer, Professor, Mitchell Hamline School of Law, and co-author of the NIWRC Amicus brief. “The Army Corps’ February 8, 2017 decision to truncate the EIS process and grant Dakota Access its requested easement, with no consideration of the increased levels of violence and sexual assault Native women and children will likely face, violates federal law, threatens the public interest, and undermines the United States’ role as trustee to Tribal Nations and their citizens.”
*        *        *
The filing of this brief was made possible through funds donated to the NIWRC’s VAWA Sovereignty Initiative (“VSI”), a project focusing on the defense of the constitutionality and functionality of all VAWA tribal provisions, as well as the inherent authority of Indian Nations to protect their women from anyone who may harm them—regardless of the perpetrator’s race or citizenship. This Initiative is the NIWRC’s next step forward in defending the 2013 VAWA reauthorization and other important advancements in federal law and policy related to the protection of Native women and children.  Donations to the NIWRC’s VSI can be made by visiting the following link:  http://www.niwrc.org/donate-niwrc and select “VAWA Sovereignty Initiative” from the drop-down menu.