Stalking is a pattern of repeated and unwanted attention, harassment, contact, or any other course of conduct directed at a specific person that would cause a reasonable person to feel fear.

Stalking can include the following: 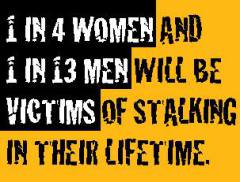 Cyberstalking is the use of the Internet, email or other electronic communications to stalk, and generally refers to a pattern of threatening or malicious behaviors. Cyberstalking may be considered the most dangerous of the three types of Internet harassment, based on a posing credible threat of harm. Sanctions range from misdemeanors to felonies.

Some examples of tactics a cyberstalker may use include:

Cyberstalking is difficult to combat because the stalker could be in another state or sitting three cubicles away from the victim. In the anonymous world of the Internet, it is difficult to verify a stalker’s identity, collect the necessary evidence for an arrest and then trace the cyberstalker to a physical location.

For more information about cyberstalking feel free to call the Seven Dancers Coalition or visit the following websites: 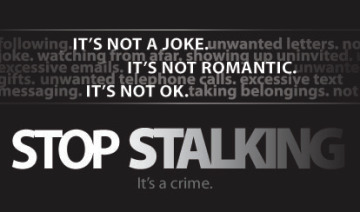